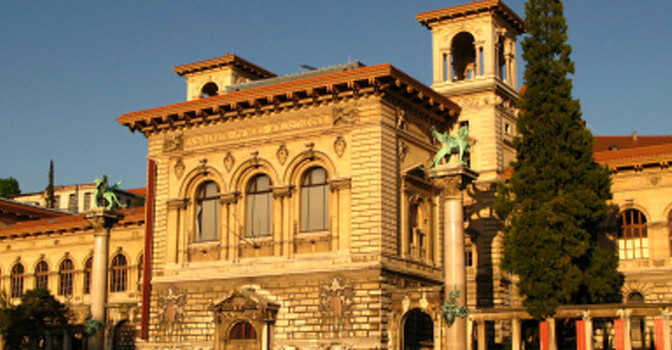 When Alfred Escher founded the Swiss credit institution (Schweizerische Kreditanstalt) in 1856 in Zürich, he probably did not yet suspect this was the cornerstone for Zürich as a bank and business centre of Switzerland. His company still exists today, even though under another, world-known name: Crédit Suisse.

Lausanne has gained worldwide popularity as well, but in the field of sports. At the beginning of World War I, the International Olympic Committee (IOC) moved its headquarters from Paris to Lausanne. The IOC even nominated the city to the Olympic capital. Many other sports associations followed the IOC to Lausanne, the capital of the canton Waadt.

In 1993, the Olymipc Museum was opened for interested visitors for the first time. The museum invites into the world of the eventful history of the Olympic Games. It informs about spectacular and emotional moments of the Olympics.

If you prefer strolling through the narrow streets of the old part of town of Lausanne or sauntering at the lakeside promenade, rummaging in the numerous shops or doing sports, visiting one of the museums or relaxing in the shade of trees – discover Lausanne with open eyes and enjoy your stay in the city, just according to the Olympic thought: Taking part is everything.

The Hotel staff is proud of having already cared for innumerable famous personalities: Victor Hugo, CharlieChaplin, Nelson Mandela and Phil Collins are just a few names of its long list. Attracted by the ideal location at the Lake Geneva, the noble furniture and the excellent service, international stars like to be a guest at the luxury hotel. After the years of war, the Beau Rivage in Lausanne accommodated  diplomats who met for the negotiation of contracts. Thus, the contract of Lausanne was signed in the Beau Rivage Hotel in 1923.

The top-class hotel awaits its guests with comfort and spoils them on highest level: Exquisite food, wines of best quality, tastefully equipped rooms and suites, many of them with a wonderful view to the Lake Geneva. Hospitable, comfortable hotels in the centre of Lausanne are not a rarity. There is something convenient in any price category.